With more and more of an organisation’s business being conducted digitally it has never been more important to make use of a customer relationship management (CRM) system.

CRMs track and analyse every aspect of the relationship you have with your customers, streamlining your sales process and helping you to make the most of every opportunity.

In the interests of full transparency, I should say that we're a certified HubSpot agency — and we use their free CRM system — but we’ve worked with clients that have used one of the world’s most renowned CRM providers — Salesforce.

Launched back in 1999, Salesforce transformed how sales departments operated with a much more cost-effective and easy-to-use platform compared with the likes of Oracle, but HubSpot’s CRM has the potential to have the same sort of impact nearly two decades later.

Both CRMs are powerful, but which one is right for your business? We take a closer look at the factors involved in the HubSpot vs Salesforce conundrum.

At 15 years HubSpot CRM’s senior, Salesforce is significantly more comprehensive and complex in its functionality. However, as a consequence of this it has a steep learning curve that can be a problem for organisations that are new to it.

As a result of Salesforce’s complexity, many users won’t use the majority of its features, making it harder to see a good ROI. The interface is also a bit clunky compared with HubSpot’s cleaner design, meaning it is much easier to get to grips with. 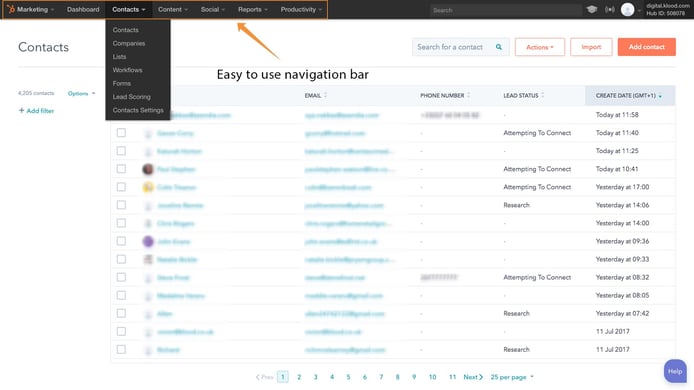 That being said, depending on your sales process Salesforce could be the ideal solution thanks to that comprehensive functionality. HubSpot is still a young tool (it was only launched in 2014) and isn’t quite capable yet of dealing with complex sales funnels.

Both HS and SF provide email integration, but there are a number of features boasted by the former that are incredibly powerful.

The ability to enrol prospects into automated workflows is chief among them. 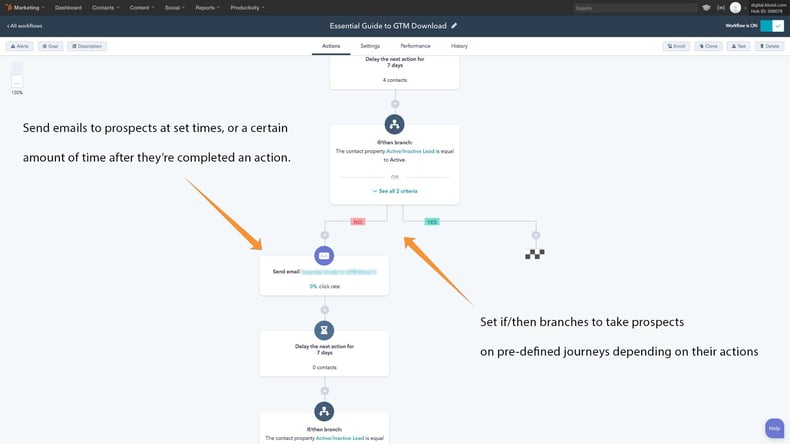 HubSpot’s workflows enable you to send a series of tailored emails to a new prospect or lead depending how they entered your CRM — whether they downloaded an eBook, completed a lead form on your website or had their details added by a sales rep.

As soon as the prospect replies or takes an action these emails can be halted and one of your reps can take over. These sequences make it much easier to nurture large numbers of prospects without the need for a large sales team. Importantly, you can denote these emails as coming from one of your reps (or whoever you think is most appropriate), helping it to feel more personal.

When comparing Salesforce and HubSpot’s free CRM, reporting is one area where SF is a clear winner, with a wide range of in-depth options.

You can also customise and build an almost limitless number of dashboards and reports, as complex and granular as you’d like

You can add on additional reporting functionality to HS for $200/month (unlimited users) which brings the platform much closer into line with SF, but if you're looking for extensive amounts of data with which to report back to the board Salesforce is your only option.

When it comes to price there is a clear winner — HubSpot.

By contrast, HubSpot’s offering is completely free — forever. You can invite your whole team to use HubSpot CRM, while you can store as many as 1,000,000 contacts, companies, deals and tasks.

For $50/month per user you can gain access to the HubSpot’s sales software (which they describe as ‘powerful tools to supercharge every stage of your inbound marketing sales process’), including click notifications, templates and tracking history for email marketing, although there is also a free version that offers some of this functionality.

Smaller companies without huge amounts of money to spend will probably be priced out of Salesforce, but if you've got the budget and the need for the added functionality, SF is worth the money.

Both HubSpot and Salesforce offer different benefits, and you'll need to weigh up few factors in order to make the right decision that is right for you — namely, how big a budget you have and what features you need.

Salesforce is by far the more comprehensive platform, but the fact HubSpot's platform can be acquired for nothing makes it the smart choice for a number of organisations.

Have you used HubSpot or Salesforce’s CRM platforms before? Which one do you think is the best option? Let us know in the comments section, or get in touch via Twitter. 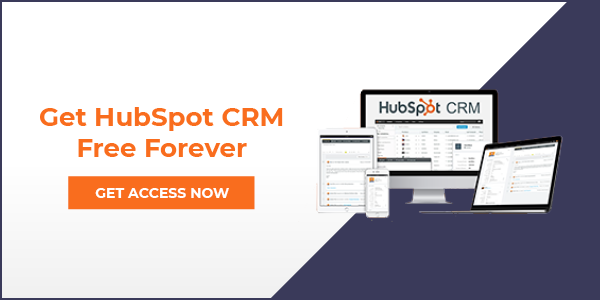