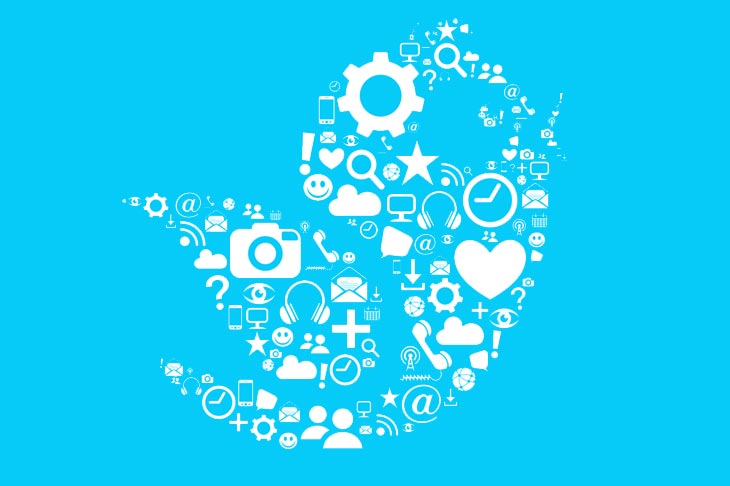 Why Twitter's New Timeline Update Is Nothing To Be Worried About

In case you somehow haven’t heard the news, Twitter is likely to be introducing an algorithmically filtered timeline. In fact, scratch that, as I write this very article the update has been released. In typical internet fashion, this story was met with widespread outrage and condemnation. However, given that this is the natural state of the internet and any change good or bad is met with the same reaction, to what extent should we be worried, both as general users and as marketers? And how will this impact our strategies?

Well, in short, the answer to both those questions is ‘not at all. Why?

A Filtered Timeline isn’t Replacing the Reverse Chronological One

Undeniably one of Twitter’s biggest attractions and arguably the feature that it has built its entire fanbase and reputation on is its real-time nature. Unlike any other platform, Twitter offers you access to what is happening at this very moment. Whether it’s the latest global news, sporting headlines, bizarre musings of the world’s rich and famous or simply what your colleague thought of today’s lunch - Twitter gifts you the world as it is right now.  Some of the biggest events in recent history broke and began their life on Twitter - think the assassination of Osama Bin Laden for example. In fact, you can’t even watch the news anymore without Twitter featuring somewhere, be it the thoughts of the general public on current affairs or the very Tweets that have spawned the news itself.

And this is all something that Twitter are acutely aware of and will safeguard above anything else. The last thing they will do is to remove the very essence of Twitter itself. So, what then of this algorithm news? As you can see from Twitter’s announcement, the new filtered timeline is simply an optional feature. Nothing forced. No catastrophic change. Just an ‘if you want’ switch in your settings and certainly not something that has replaced the old timeline.

How does it work?

If you’re already on Twitter, you’ll have seen its predecessor already - the ‘while you were away’ feature. In essence, Twitter’s new timeline is simply an extension of this. To quote them:

Nothing to be worried about.

A Filtered Timeline is a Good Thing

Why? Well, as has been continuously well documented, Twitter has some growth problems. Their user base has been stagnant for some time, their share price is falling and, understandably, shareholders are not particularly happy about it. As a result, Twitter’s hand has been somewhat forced - they need to grow to survive. So when all else fails, why not take inspiration from someone who’s doing it successfully? Namely, Facebook.

Facebook famously uses an algorithmically filtered News Feed in order to ‘show the right content to the right user at the right time’ and their studies have always shown this method trumps an ‘unfiltered’ news feed, both in terms of user engagement and time spent using the platform. In fact, Twitter themselves seem to be seeing similar results:

“We've already seen that people who use this new feature tend to Retweet and Tweet more, creating more live commentary and conversations, which is great for everyone.”

Part of Twitter’s growth problem is that it’s not that intuitive for new users, particularly those who are less tech savvy. When you login there are multiple Tweets that appear to be lacking any real context in a seemingly endless feed. Whilst that’s arguably true of Facebook, the difference is that a Facebook user’s feed is filled with their friends (and so context is largely inherent) whereas a Twitter user’s is most likely people they’ve never met - journalists, celebrities, broadcasters etc. That means a timeline for a new user can easily be filled with anecdotes and quips that lack meaning and relevancy. An altogether confusing experience.

If we consider Facebook again, their fastest growing user segment is the 50-65 age range. Based on that, it’s fairly safe to assume there’s a massive opportunity for Twitter there too and that failing to crack that segment may also be a key reason for their stagnation. Given that we know that segment is indeed failing to engage, it would make sense that Twitter do something about it. Enter the filtered timeline.

By adding this feature, Twitter becomes that little bit friendlier. It removes much of the ‘noise’ and begins to show you the tweets you actually care about. In theory, this will start to open it up to those segments that have historically struggled to ‘get it’ by making the whole experience easier to comprehend.

Why is all of this a good thing?

From a user perspective it means you have more control over your own timeline and it’s totally optional. Use the new filtered timeline or keep things as they were, it’s up to you - what’s not to like?

From a brand perspective, if all of this does indeed pay off (and if Facebook is anything to go by, it should) then we should start to see Twitter’s user base grow. A growing user base means an increased potential to reach more people and therefore an increased potential to drive more conversions/leads/revenue or whatever your advertising goal may be. You can’t really complain about that either.

However, if we’re moving more towards a Facebook model then are we likely to see the whole ‘death of organic reach’ thing all over again? Probably, but that shouldn’t really matter.

*provided your strategy focuses on quality content that is relevant and useful to your audience - as it should.

The new, filtered timeline really is nothing to panic about. It doesn’t (shouldn’t) change anything. Ultimately your social media strategy, be it on Facebook, Twitter, Pinterest, Instagram or whatever, should be all about posting content that your audience wants to see and engage with - ‘the right content to the right people at the right time’. That’s it. Simple.

Why, as marketers, do we care about people who aren’t interested in what we have to say? We don’t. Or, at least, we shouldn’t. However, to be clear, there’s a difference between those who are not interested because they don’t know about your product and those who do know about it and are still not interested. The latter is who we are talking about here, the former is, of course, still very valuable and relevant to any marketer. With this new update, just like Facebook’s News Feed algorithm, Twitter users will see the content that they are most likely to be interested in and this is going to be largely based on the content and authors they have historically engaged with.

So, all in all, what is there to be worried about? In my opinion, nothing. The world of social media is just growing up and continuing its trend of focusing more and more on providing users with the best possible experience. The only people who need to be worried are those marketers who fail to adapt or that are stuck in their old ways. Filtered timeline or unfiltered timeline, whatever the platform, create content that’s useful and engaging and you have nothing to be worried about - that is a strategy that will survive any update.