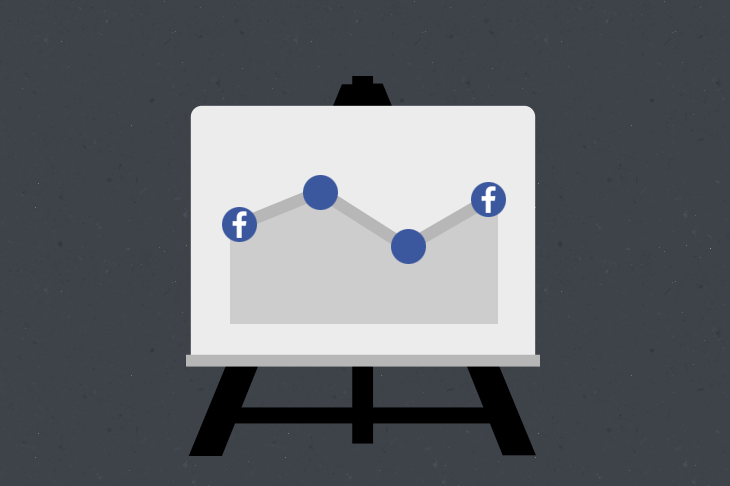 During one of my recent courses for the Klood Academy a familiar question popped up, and one I’ve heard many times from clients over the years. It’s a question that’s frustrated me for a while now due to the frequency it’s asked and the unnecessary emphasis that’s placed on it by some marketers. Enter:

Whilst the answer to this was once significantly more complicated, it is now, thankfully, an incredibly simple one.

*within reason. It’s still not advisable to post at 3am for example, but it won’t actually matter too much anyway.

What!? Why!? Surely not?! Yep. Short and simple. It really, really, does not actually matter all that much when you post. So if you have been one of those people who has traditionally stressed about hitting your ‘peak audience time’ or have been under pressure from managers or clients about posting at the right time, then now you can breathe a sigh of relief. You can get back to worrying about things that have a much bigger impact on your efforts instead.

Why doesn’t it matter?

Well, it all comes back to the News Feed algorithm: the thing that controls the distribution of your posts, how high up they rank in your audience’s feed and, therefore, the likelihood of your audience seeing your post. If you’d like a comprehensive run through I’d recommend you watch Adam Mosseri’s (VP of Product Management for News Feed at Facebook) presentation from this year’s F8 conference. However, I’ll also quickly recap how it all works below.

First and foremost, it’s important to understand that Facebook tracks your engagement with anything in News Feed with the ultimate aim of showing you ‘only the content you’re most interested in’. In fact, the mantra of News Feed is, as Facebook regularly repeat in blog posts:

By tracking what you interact with and how you engage with those posts, over time, Facebook builds up a picture of which posts are most likely to interest you so that it can place these towards the top of your News Feed.

Why does it do that? Because on average there are around 1,500 potential posts that could appear in your News Feed every day. Quite clearly that’s far too many posts for you to want to see, let alone actually care about. What the algorithm seeks to do is whittle this figure down to around 300 stories instead, ranking those posts based on what it believes you will find most interesting. If all goes well and the algorithm works as it should do, you’ll be interested in all of the posts you’re willing to scroll down and read. If you were interested in all of those posts, you’re likely to come back and login again later because you had a good experience last time – happy days.

Furthermore, if you’re happy, then Facebook is happy, because the more users that keep coming back and spending time there, the more valuable the company is and the higher their value on the stock market. Everyone’s a winner. And, in short, everything they do, they do it for you - because happy you means happy them.

The most important one of those is the author of the post, so whether that’s your best friend, your brother, your work colleague or anyone else, whoever posted it will have the largest influence on where that post ranks in News Feed. Why? Because, we as human beings are not all that complicated. We’re typically most interested in those people who are closest to us.


Think about it, would you rather see a post from your best friend or from a work colleague you’re not that friendly with? Nine times out of time it will be the former, and the algorithm places much more weight towards those authors (I say ‘authors’ here rather than ‘people’ as it can include brands as well as friends) who you typically engage with.

Second is the type of post: such as a link, a photo, a video or just text. For example, if you’re a person who likes to look at photos most of the time, then News Feed will place more emphasis on showing you photos higher up your feed and less emphasis on the other post types. It will actually build up an idea of how interested you are in each type of post and then rank them accordingly. If I take a quick look at my News Feed, my order of priority appears to be:

See if you can spot yours.

Next up is the activity on the post - the volume of likes, comments, shares, clicks etc. a post has received.

Quite simply, a post that has more engagements is more likely to rank above one that has less. This is significant because it means that good posts (i.e. posts that gather a lot of engagement will, in most cases, find their way towards the top of someone’s News Feed.

Additionally, the rate of engagement also plays a role. ‘Fast burning’ posts (posts that gather a lot of engagement very quickly, but then drop off) are likely to rank higher in News Feed in the short term, whereas ‘slow burning’ posts may not rank highly in the hours immediately after they were published, but may do so once they have gathered some momentum (provided the user hasn’t scrolled down and seen the post as this will essentially ‘lock’ it in place). However, remember the author and post type will still take priority.

Lastly, and where you’ll start to see the answer to the original question, is when the post was published. The more recent a post was published the more likely it will rank above one that was posted a while ago. However, this will only have an influence once all other factors have been considered first, and therefore is the least important.

What does this mean? Well, if you take a second now to scroll through your News Feed, you’ll noticed that the times of when the posts were published are likely to appear at random. As in, you may well have a post from 5 hours ago that’s ranking above one that was posted 1 hour ago or even 10 minutes ago. For example, again looking at my own feed, I have a post from 23:39 yesterday evening that is ranking above one from eight hours ago (6am today), while that one is ranking above one from three hours ago. Clearly timing isn’t all that important if my top post is one that was published at a seemingly ‘off-peak’ time (23:39).

So, as you can see, worrying about the ‘when is the best time to post?’ question is actually kind of a waste of time. What matters more is ensuring that users are regularly engaging with your content instead. The more regularly a user engages with your posts, the more News Feed’s algorithm will start to understand that you are an author that is important to this person, and therefore the higher up in their News Feed your posts will appear. That’s the thing to focus on.

OK, but why do people worry about timing in the first place?

Obviously, a lack of understanding of how News Feed works plays the most significant role, however Facebook are to blame for other reasons too. The biggest of those is the emphasis they have placed on one, rather misleading, graph. If you navigate to the Insights tab of your page and then to the ‘Posts’ tab – the tab you’d use to understand which posts have performed best, and therefore a very important tab for marketers – before anything else you’ll notice a nice big graph, that shows you ‘when your fans are online’.

Because of it’s size and position on that page, the immediate impression is that this is something important, and this is exactly where the question of ‘best time to post’ has come from. From a graph that looks important but actually isn’t. It’s actually one of the least useful pieces of information you’ll find within Page Insights.

You wouldn’t be mistaken for thinking it’s key because it reads like “When Your Fans Are Online”. It sounds as if this graph is totally unique to you and will look completely different for someone else’s page because it relates to your fans only. But it won’t. That graph will almost always look the same across any page you examine. Why? Because your fans aren’t actually your fans. They’re Facebook’s fans. They’re the same as you and I and they follow the same habits we all do. They check Facebook in the morning some time between waking up and going to work, then they check again at lunch time, then they all check again somewhere between dinner and bed and are, most likely, dual-screening (scrolling through Facebook while watching TV) between the hours of 8pm-10pm. Inevitably that graph then starts to drop around the 10pm mark when most people start to hit the hay.

Having worked at a digital marketing agency for over three years now, and having probably examined 100 or so Facebook pages in that time, I can tell you that I have never seen that graph look any different. All the graph really tells you is when people typically login to Facebook.

However, because of the confusion around it and because it appears so important, marketers started to place increasingly more emphasis on hitting ‘peak traffic times’ to ensure their posts were seen. Of course, it actually makes little difference, because timing is the least important of those four primary factors that make up the algorithm.

So what does it all mean?

Timing isn’t particularly important for general posts, however, there are occasions when it can play a more significant role.

The first one I’d hope is common sense but, if you’re running something that is time sensitive and has a definitive cut off point, then clearly you’re better posting that as early in the day as possible. If your cut off point is 11pm, then posting it at 8pm isn’t exactly giving it a lot of time to work.

The second is for trending topics. Whilst there are four primary factors to the algorithm there are actually hundreds of smaller factors at work too. One of these looks specifically at the timing of posts relating to trending topics.


If you are posting something relating to a hot topic, those who are late to the party, i.e. are posting several hours or even days later (depending on the virality of the topic) are likely to be filtered out of News Feed as Facebook understands that these things have an expiry date. Whilst they are fun and entertaining for a short time, they very quickly become boring and even irritating once every other post is about that topic. In short, the key for brands here is to jump on the bandwagon as soon as possible.

Don’t fall into the trap of worrying about when to post, and instead focus on the things that matter such as consistency and quality. Good luck.