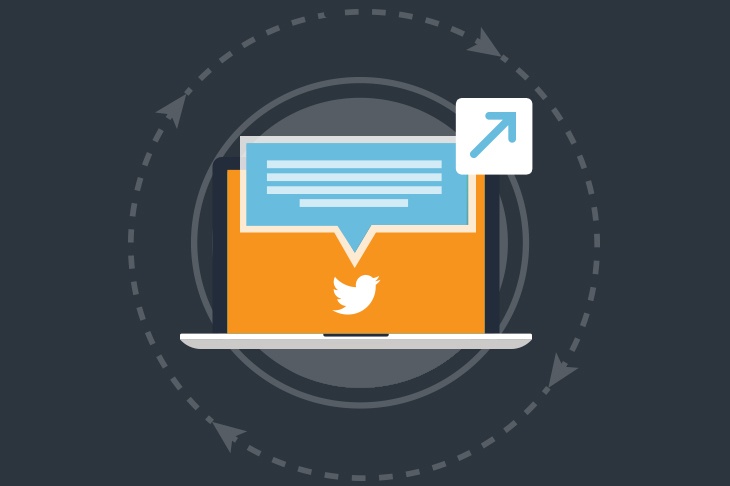 Advertising on Twitter Just Got Easier with Quick Promote!

There is now a quicker and easier way to promote content on Twitter. The platform now offers a quick promote function which allows businesses to promote tweets directly from their profile.

The quick promote feature is a simplification of the existing promoted tweets function, which allows a normal tweet to have an advertising budget allocated to a tweet to reach a wider audience.

The rationale behind the new feature is to allow SMEs to maximise their content and ensure that a greater number of potential customers outside of your following see your best performing content/tweets.

Back in September, Twitter recognised that it is important for all businesses to be able to analyse the performance of Twitter content and rolled out the analytics feature to all users. The quick promote feature works by allowing businesses to identify the best performing content via Twitter analytics, which Twitter refers to, as ‘account home’, to decide which content to promote and push out to a wider audience.

Buster Benson, Product Manager at Twitter suggests that businesses can use the information available in account home “to quickly share your best content with a wider audience, engage with your most influential followers, or as a starting point to do a deeper dive into your account performance.”

There are multiple reasons as to why smaller businesses may want to use the quick promote feature from simply wanting to reach a wider audience for a new product launch, seasonal promotions or a blog. Due to the ease and speed in which content can now be promoted Twitter is marketing the feature as something that can be done on the go via the android mobile app with an iOS version rumoured to be in the making. However it is important to make sure that you look carefully at the data within account home to decide which content to promote to a wider audience. 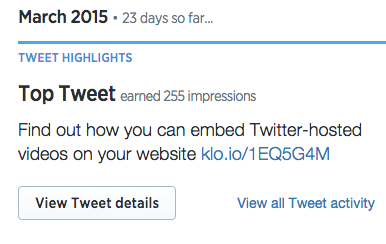 Alternatively you can look at the tweet activity for your desired time period and look further at the impressions, engagements and engagement rate of the post during that time to select the Tweet to be promoted. 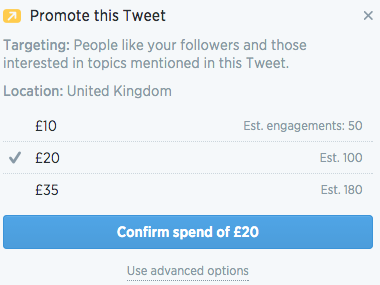 3. Monitor engagement with the tweet in real time in the account home and selecting the promoted tweets.

The more cynical among us could suggest that this is a way of Twitter encouraging smaller companies to pay for advertising in a time of slow growth, but arguably simplifying the process and allowing businesses to reach a wider audience with their best content, can’t be a bad thing for Twitter or SMEs.